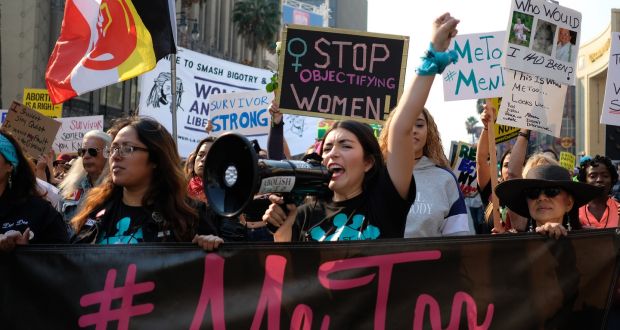 In 2006, Tarana Burke, an activist from The Bronx, New York coined the phrase “Me Too” as a way to present women an outlet to come forward with their experiences of sexual violence and help heal their wounds with empathy and solidarity. After a decade, in October 2017, Alyssa Milano hash tagged the phrase of ‘Me Too’ and there began the online revolution as we know it today.

The first wave of the #metoo movement started in Hollywood and finally reached its hurricane Katrina moment when women started speaking out against the systematic power abuse that had been prevalent in Hollywood for decades. Rose McGowan, a Hollywood actress, was one of the firsts to accuse Harvey Weinstein, a film industry mogul, of rape in 1997. She was offered $1 million for a non-disclosure contract but denied it and has since been one of the most vocal voices of the movement. Since then, a lot of women have come forward, empowered by the solidarity, to speak out against the gross abuse of power exercised by those in control in the industry.

#MeToo has shocked the cores of multiple industries around the world. The most recent impact could be felt a year later, in India, 2018 – where the second wave of the movement gained traction after actress Tanushree Dutta accused Nana Patekar of inappropriate behaviour, in 2008, on the sets of a film they were shooting for.

Over the course of the next four weeks, the movement in India swelled. Women from all walks of life took to social media to tell their stories about the experiences they have gone through to offer encouragement and solidarity for more women to come forward and discuss what the next course of action ought to be.

Tales and narratives came to the forefront from various industries in India – Bollywood, NGOs, schools, sports, entertainment and corporate. A high-profile minister of the present government had to resign, renowned personalities had to step down from their posts, big budgeted movies had to be put on a stand-still and senior, powerful men across industries had either been suspended or put on leaves of absence.

Amidst all the chaos, some major questions and red flags have been raised regarding the movement – whether naming and shaming the accused actually works, what the course of action for the grieved ought to be, whether the movement has been restricted to the elite and privileged, whether it is exclusionary (defying the foundation of feminism) and what justice looks like in the instances that may not be actual crimes.

One of the major issues of the movement that is being debated upon is its aspect of intersectionality. Although the movement has been garnering a lot of support that it deserves, we cannot overlook the fact that it has been spearheaded by mostly the elite class. Therefore, a lot of debates have been triggered to establish how to make the movement more inclusive and get the voice of the stigmatised and marginalised community heard, especially the Dalit community. Efforts should be made to include women from all walks of life, be it the rural areas, the trans community or the conservative households, and educate them about the implications of the movement in order to empower them to believe that assault of any sort should not be tolerated.

Following the onslaught, various high-profile personalities have been named for their alleged sexual misdemeanour.

Hindustan Times’s bureau chief Prashant Jha stepped down from his position after a lawyer who earlier worked at the newspaper as a journalist, Avantika Mehta, accused him of approaching her for a relationship. The exchange took place after the journalist had left the newspaper. However, Jha took the decision to step down because the allegations raised ‘moral questions’ on his conduct and he did not want to affect his newspaper.

The Hindu’s Gouridasan Nair was sent on administrative leave after Yamini Nair  and other women accused him of sexual misconduct.

The Quint’s internal complaint committee sent its reporter Meghnad Bose on administrative leave after his batch mates from Asian College of Journalism accused him of sexual harassment. Bose issued a statement of public apology following the allegations made against him.

The most controversial case is that of Mr M J Akbar. The former Union Minister of the BJP Government was accused by various journalists, including Pallavi Gogoi, Priya Ramani, Ghazala Wahab and Shutapa Paul. A detailed account of his alleged misconduct was publicised by Tushita Patel when he held senior editorial positions in the journalism industry.

Akbar has vehemently denied all the allegations calling them fabricated and outrightly denied the rape allegation by Pallavi Gogoi, claiming that he was in a consensual relationship with her. Akbar has filed a case of defamation against Ramani in Delhi’s Patiala House Court. On 31 October, Akbar resigned as Minister of State for External Affairs following the uproar against his sexual misconduct levelled by scores of women.

The prestigious Editors’ Guild demanded Akbar to withdraw his case of defamation. Twenty women of Asian Age came out in solidarity and asked the court to consider their personal testimonies against Akbar for this case.

With all the women speaking about their past experiences, a lot of initiatives have been taken by the Ministry of Women and Child Development to address the issue at hand. Maneka Gandhi, Minister for Women and Child Development, has been proactively taking up the issue. The Centre has set up a group of ministers headed by home minister Rajnath Singh to solidify the legal setups to deal with the complaints of sexual misconduct in the workplace. The home ministry will also set up a forum to track the status of all the complaints filed. Gandhi herself has stated that there should be a zero-tolerance policy for sexually inappropriate conduct in the workplace and it should be a safe place for all women.

The Ministry has further announced that it will set up a committee consisting of senior judicial persons to tackle the cases. According to the ministry, victims of child abuse can file a complaint anytime, irrespective of their age. In addition to asking all media organisations to establish an Internal Complaints Committees, the minister has also requested all the national and state political parties to constitute an I.C.C. under the Sexual Harassment at Work Act 2013.

According to a report by the Economic Times,

“After the #MeToo movement against sexual harassment at the workplace buffeted social media in the past weeks, a survey revealed that nearly one in three individuals have either faced it or knows someone in their family who did, and every second victim faced physical advances by the perpetrator. However, nearly 80 per cent said that had not reported the cases to the company leadership or the HR.”

According to a poll conducted by Local Circles,

“Only 22 per cent of those who faced sexual harassment at workplace reported it to the HR department, while 78 per chose not to report the matter.

According to the Vishakha guidelines (Supreme Court Judgemnt), an Internal Complaints Committee is mandatory in every organisation and measures should be taken to ensure a safe atmosphere for women workers at work place.

Sixty-nine per cent of the respondents who said they faced sexual harassment revealed it took place at their work premises; physical contact and advances being the most common form of sexual harassment.”

This month has seen a change in India like never before. However, there have been solid arguments against the movement as well. The humongous outreach of the movement and the media trials conducted made it very easy for people to overlook the credibility of the anonymous posts which contain no evidence whatsoever. The cases with no evidence, when prove to be false, not only make the public question the credibility of all legitimate cases but also set the movement back by a huge leap. One disturbing thing to notice is that, though false cases should absolutely have dire consequences however a couple of them make the society question the credibility of all women and when an actual rape allegation comes out against a man, the narrative of #notallmen emerges in the discourse and generalisation becomes a taboo.

How can we ensure #metoo and #metooindia has a long-standing impact on the nation and society in general? First, encouraging women to start speaking about the issues they have had to face and this is just not restricted to the elite class but the underprivileged and the marginalised communities too. The rhetoric that that woman is lying and must have contributed to what happened to her, needs to be dropped. Last month itself, US first lady Melania Trump urged women “to have really hard evidence” before alleging sexual misconduct, even though such cases don’t always have the luxury of solid proof.

Secondly, a cause – any cause – has to be seen as just, productive and should be supported by both men and women for the mutual benefit of both the genders. Most men, not only in India but even abroad are feeling threatened by the naming and shaming, and turning on women, claiming that their accounts are false, made to seek attention or publicised to ‘ruin the career’ of the man. Women, themselves, are turning on other women over their claims of sexual harassment. In the wake of her speaking out against Patekar, Tanushree Dutta herself had to face a lot of critics. Among her critics is dancer Rakhi Sawant, whom she threatened to sue after derogatory remarks and victim shaming.

The silence of women in power is striking and it does nothing but reinstate the inability of Indian women to come forward and speak out against the people who have wronged them. However, despite all its impediments, we can consider this movement a victory as it helped break the monotonous cycle of silence that has been going on for decades. All the victims of sexual assault, be it women or men, were finally able to find a voice and come forward to demand justice. Right now, what the movement really needs is a strong ally ship by the men, a complete stop on the practice of victim shaming and quick and just trials of the accused to set precedents so that the upcoming generation will not have to face such ill treatment – resulting in a safe space for all. 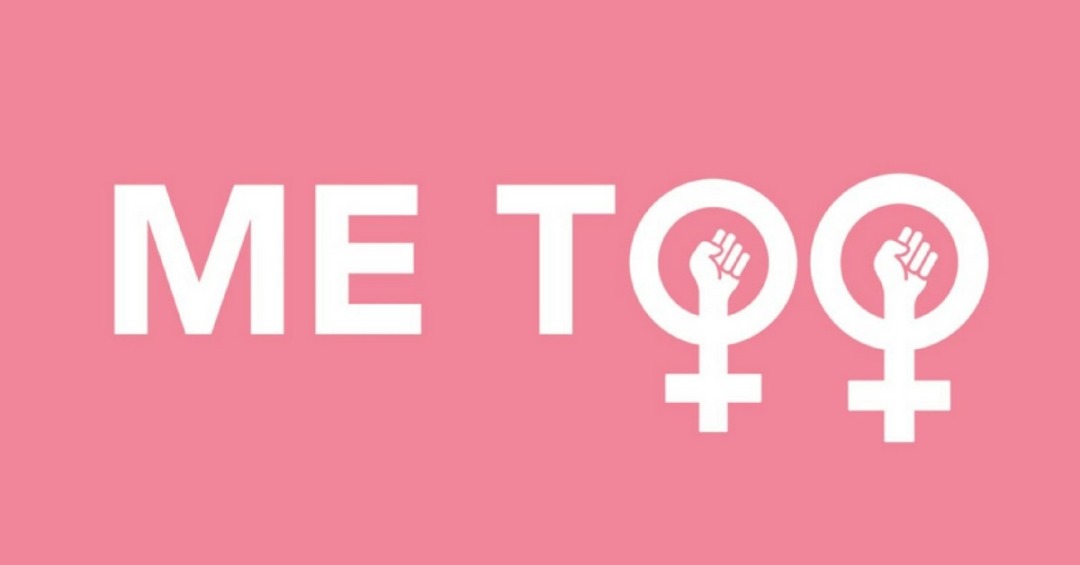 I am a first year law student at SLS, Noida - highly interested in feminism and human rights. I write for Contego Humanitas in an attempt to make people aware of the ongoing human rights issues around the world, in general, and India, in particular. I believe by forming a narrative of words, change can be brought about – no matter how small. When I’m not debating on something or the other, you can find me at your nearest momos stall or in a corner with my earphones on, listening to music! Contact me at: aditi.bose28@gmail.com View all posts by Aditi Bose