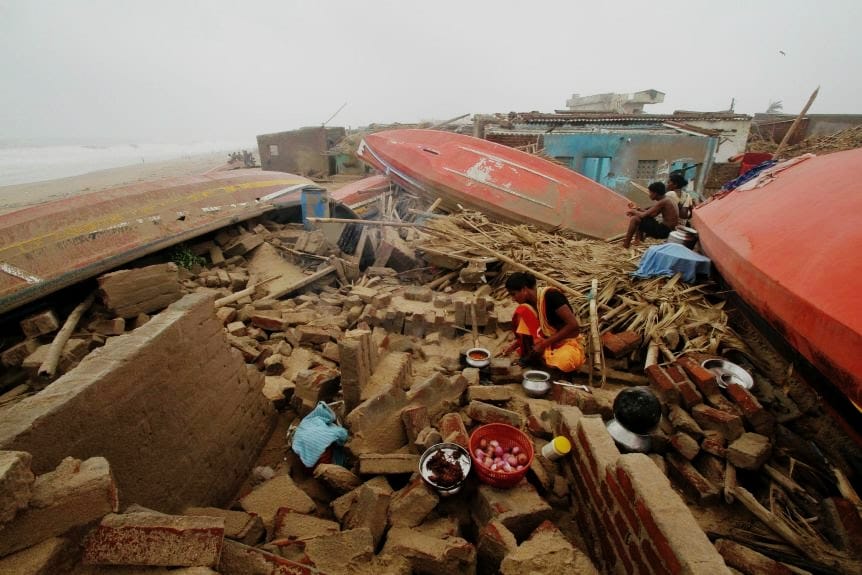 A natural calamity is fearsome for any country and the one, that has been the worst to have hit India since the 2013 Cyclone Phailin really shook the state of Odisha to its core. The name of the Cyclone ‘Fani’, pronounced as ‘Foni’ was suggested by Bangladesh, meaning ‘snake’ or ‘hood of snakes.’

The category 4 hurricane made its landfall in Puri and Bhubaneswar, leaving thousands of people without electricity. It hit the Odisha coast at about 175 kmph becoming the fourth storm to have hit the country’s east coast in the last three decades. Cyclones are not new to Odisha. The worst one was a super cyclone that had hit the state in 1999, killing more than 15,000 people, with the most number of casualties reported from Odisha.

On April 30, the Indian Meteorological Department had issued a “yellow warning”, indicating heavy to extremely heavy rainfall ahead of the cyclone. Following this, the Centre and State Government deployed disaster relief machinery including SDRF, NDRF and armed forced being on high alert. About 800,000 had been evacuated from low-lying areas to highlands from 14 majorly hit districts of Odisha.

Due to good disaster preparedness and foresightedness, the loss of the lives has been comparatively low. However, the impact in terms of loss and livelihood has been enormous.

We are prioritising the most marginalised groups, such as Dalits, women, girls, children and people with disabilities, who face discrimination and security risks. We have partner organisations working in the districts of Puri and Cuttack. Our partners are finding clear indications of discrimination between higher and lower caste people in the camps and shelters, which is a huge concern.”

“The Cyclone was very damaging in both rural and urban areas of Odisha, especially the districts of Puri, Cuttack, Jagatsinghpur and Bhubaneshwar. Road and telecom communications have been badly disrupted. People have lost their homes as most of the rural communities live in mud houses with thatched and asbestos roofs.

All the standing and stored crops have been lost, devastating livelihoods. Christian Aid is on the ground and already helping 500 families. But people are in more need of temporary shelters, drinking water and food, because it is the poorest of the poor that have been worst affected by this disaster.”

Officials are still inspecting the magnitude of the damage done to Odisha, home to about 42 million people, as of 2011 census. The storm uprooted hundreds of thousands of trees and damaged several buildings and struck down the network towers and power lines, leaving the citizens in a helpless situation. The state has set up more than 15,000 free kitchen camps to serve as many as 2.6 million affected people.

Patia, one of the most affected areas in the storm, is home to numerous colleges and universities like Kalinga Institute of Industrial Technology and AIIMS, Bhubaneswar. The students were left stranded in their hostels as the airport and railway station had shut down, cancelling all immediate flights and trains. Reports have confirmed that none of the students were hurt.

“We did not have electricity for three days and had to store water in jugs, for the emergent situation. Cyclone Fani caused a lot of destruction, especially to the main building and the hostels – the doors came off its hinges because of the wind and huge glass windows of our buildings shattered because of it. We were asked not to panic and were assured that the storm would subside soon,” says Ayush Mitra, a second year student of the Electronics and Telecommunication Engineering, KIIT.

He adds, “My college mates and I have experienced, for the first time, the amount of destruction a storm can do to a city. We were lucky but a lot of others were not – those who did not have the necessary resources. It’s an urgent request to you, on behalf of all of us, to contribute to the relief fund so that those affected can be helped and Orissa can be brought back to its original state.”

Prime Minister Narendra Modi, in a statement, has announced immediate assistance worth Rs 1,000 crore to Odisha after conducting an aerial survey of the cyclone affected areas. The aid is in addition to Rs 341 crore already given to the state on April 29.

It is a request from Team Contego Humanitas to donate to the Chief Minister’s relief fund – the link of which will be provided below. Let us join hands to help our fellow citizens overcome these tough times – especially those underprivileged people who have had their entire livelihoods uprooted.

I am a first year law student at SLS, Noida - highly interested in feminism and human rights. I write for Contego Humanitas in an attempt to make people aware of the ongoing human rights issues around the world, in general, and India, in particular. I believe by forming a narrative of words, change can be brought about – no matter how small. When I’m not debating on something or the other, you can find me at your nearest momos stall or in a corner with my earphones on, listening to music! Contact me at: aditi.bose28@gmail.com View all posts by Aditi Bose