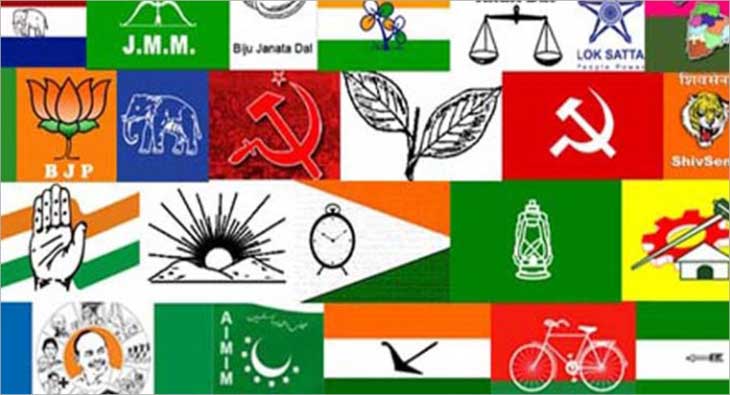 While the opposition parties are stunned, the rest of the world sees the greatest win by BJP. Everybody wants to know how the world’s biggest democratic election had been converted into a litmus test of Nationalism. How did a ‘Chaayewala’ with big promises and least delivery, re-conquer the throne of the world’s biggest democracy? How did a man, despite being thwarted to deliver prior commitments, defy ‘Maha Gathbandhan’ and yet again clinched the battle of general election 2019? Here’s an attempt at providing some insight to those plaguing questions. Surely it was a one-man show and the opposition has played a vital role in echoing his name to the ears of the common man. Following are the key legal and general issues, which played a major role in the 2019 election.

The role of so-called ‘the fourth pillar of democracy’ is the paramount in 2019 general election. Almost every news channel donated over abundance air time to BJP and Hon’ble PM. It is important to mention that television news channels showed Modi for more than 722 hours during this period, while Rahul Gandhi was shown for a little less than 252 hours during the same period, Dainik Bhaskar reported on Monday citing BARC data.[1] This means that PM Modi had 3 hours of everyday airtime on news channels which has echoed the music of NAMO to the people of India with an assumption that there were no important issues going on in the country except elections.

And since early 2019, ironically almost every news channel had failed to deliver the ‘information’. They all defied the actual definition of journalism and sat on the lap of the establishment being afraid of raising voice & putting questions to the people in power. It isn’t an exaggeration to say that most of the news channels are unofficial platforms of the BJP and their anchors/editors are BJP’s unofficial spokespersons. But at the end of the day, managing media is an art and BJP did it handsomely like Picasso and unlike Congress and other political parties who kept struggling to find a face and bring down Modi wave with an extremely unorganized modus operandi.

From Kashmir to Kanyakumari, the concept of evolution of ‘Maha Gathbandhan’ was prima facie a weak step against the gigantic personality of ‘Pradhan Sevak’ Narendra Modi & BJP. Rahul Gandhi was already suffering from the syndrome called ‘character assassination’ caused by BJP IT cell while the other political parties were crawling to save their existence in their respective states. Every opposition party was criticizing PM Modi which gave negative publicity to Modi (like Donald Trump got negative publicity in the USA which made him more popular in the election) and more and more chants reached to the people of India making them believe that all thugs are united against one Monk. This whole scenario made PM Modi emerge from strong to the strongest available face in the nation.

ENGINEERING TO RIDICULE CONGRESS RATHER THAN FOCUSING ON AN INDIVIDUAL

This was another crucial strategy, which was successfully executed by BJP and PM Modi who managed to cut the roots of Congress with the filthy allegations on Indira Gandhi, Nehru & Rajeev Gandhi. This reminds one of a famous dialogue from the movie Rajniti that ‘Rajneeti mein murde kabhi gaade nahin jaate … unhe zinda rakha jaata hai … taki time aane par woh bole’ and same was done by PM Modi & his team. During the whole campaign, PM & team never gave importance to Rahul Gandhi or any individual, rather they stained the character of forefathers of Congress and made this whole election appear as a war against ‘70 saal se barbaadi by congress’ (as if Road, metro, aviation, railways, defence, telecommunication, medical, education etc. has been done by BJP since India got independence). This overall strategy converted the election into a one man show.

As people say that business & marketing flow in the veins of every Gujrati and it has been repeatedly proved by Modi-Shah, the Gujrati brothers from different mothers. The product MODI had been sold so smartly packaged with trademark ‘Nationalism’ in bold Bhagwa letters on top. A strong brand needs fashionable marketing and BJP did it very well. As per sources, an amount of 25000 cr. (unofficial) was spent by BJP in the 2019 general election. Out of its total expenditure of nearly Rs 5,000 crore, Rs 2,136.39 crores was spent on advertising in the print media and Rs 2,211.11 on electronic media.[2] Following are the details of few catchy expenses.

THE ‘RASHTRAWAD’ NARRATIVE OVER ‘CHOWKIDAR CHOR’

“Nun roti khayenge, Modi ji ko jitayenge” (even if we have to eat chapati with salt, we will vote for Modi) said lyrics of a Bhojpuri song with over 75 lakh hits on popular video sharing site Youtube and if anyone had any doubt why to vote for Modi, the lyrics said because “they were proud of the surgical strike” against Pakistan. In 2019 Lok Sabha campaign, Narendra Modi built a successful narrative around muscular nationalism to strike a cord with the voters as the protector of the nation and someone who is capable of taking hard decisions like launching air strike across the line of control (LoC).[4] The 2014 campaign by Mr Modi was all about ‘Aache Din’ which promised to fast track economic growth and bring its fruits to all by ending corruption and getting back black money. Despite the failure of BJP’s decision with respect to demonetization, a faulty GST, lack of other major reforms and growing protectionism globally that has put a spoke in the wheels of India’s GDP growth, the air strike by Indian Air Force on terrorist camps in Balakot; helped Mr Modi to solidify his image of hard-line nationalist and a Hindu Messiah.

Thereafter, even with economic growth slowing down to five years low, job creation also at multi-years low, farmers distress and inflation threatening to inch up in run up to campaign for Lok Sabha, Mr Modi took out nationalism, national interest and Hindu saviour hat to pull votes.[5] GDP slowed down in every quarter in 2018-19, from 8 per cent in the first quarter, to 7 per cent in second and then falling to 6.6 per cent in the third quarter. It is not an exoneration to say that Modi & team artistically created an imaginary pre-independence scenario across the nation and projected Congress party as identical to the cruel Britishers who looted India for centuries. This fiction-tailored Nationalism crushed the actual issues of the country and further extended the mandate to a party which had already failed to fulfil its last election promise.

One of the most important features of the democratic polity is elections at regular intervals. Democracy is the “Government of the people, By the people, And for the people”. Holding periodic free & fair elections is the backbone of any democratic system and is part of the Basic Structure of the Constitution as held in T. N. Sheshan vs. Union of India.[6] In every election, the Election Commission issues a Model code of Conduct for political parties and candidates to conduct elections in free & fair manner. The Commission issued its First code in 1971 (5th Election) and revised it from time to time. This code lays down guidelines for regulating the conduct of political parties & candidates during elections. However, there are instances of violation of the code by the political parties and complaints are received for misuse of official machinery by the candidates but unfortunately, despite receiving a plethora of complaints ECI acted as a mute spectator throughout the 2019 general election. Following are the instances where the ECI failed to give assurance of fair election in 2019:

NOTE: The actual concern is that rallies play the most important role in elections and speeches delivered by the politicians influence the voters in the name of caste, religion, sex, nationalism, fake promises and allegations. The damage has already been done while delivering speeches in rallies and it cannot be undone by banning someone for few hours from campaigning. The hate speeches are like an inevitable wildfire.

SUGGESTION: Legally speaking, it is high time for ECI to break the taboo and come up which different modus operandi to stop politicians to make hate speeches and disseminate fake information which has strong possibility to influence voters negatively. ECI must make it mandatory speeches of all star campaigners of every political party must be reduced in writing & scrutinized by concerned Election officer of the area and same speech must be followed by an affidavit that no statement will be made by the politician which is not in the said written speech and which has the possibility to provoking the mob.

Democracy is all about gauging minds of the people where around 900 million registered voters including 15 million first time voters took part in the world biggest democratic festival, so it becomes mandatory that the election must be free, fair and without any fear.

Well, now the current situation drags us back to the history when BJP was reduced to single digits in 1980s and Congress had the thumping majority in both the houses. Today, Congress and other Political Parties are in similar situation where they are fighting for their existence. Therefore, it would be very interesting to see how well these opposition parties are able to revive themselves and fight back. Furthermore, the nation expects that this time the Modi government will bring its promises to reality and take the nation forward, repaying the people for giving such a sky high mandate and the politics on Communalism and Casteism and would stop. It is the duty of the government to ensure that people of India are taken together and fed under the shadows of Constitution and we hope that at least this time the Modi government will not disappoint us in delivering its promises.

[2] In 2019, Is BJP Riding a Modi Wave or a Money Wave, https://thewire.in/politics/bjp-modi-political-funding-money. 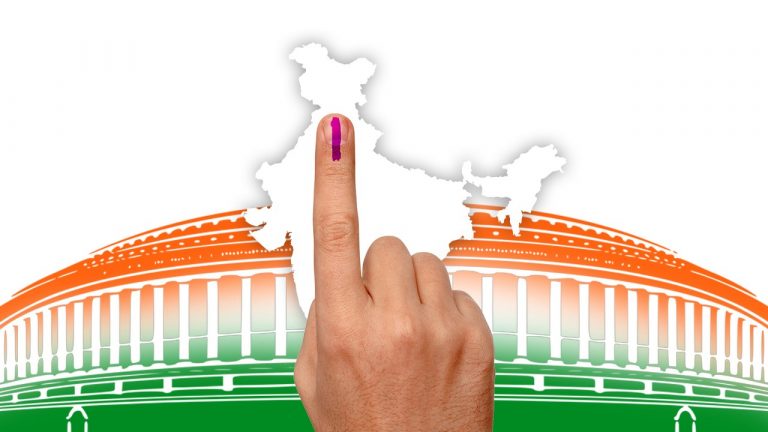 Disclaimer: The views presented in the article are personal views of the author & are not intended to hurt sentiments of any.

One thought on “OPINION | GENERAL ELECTION #2019 IN NUTSHELL”