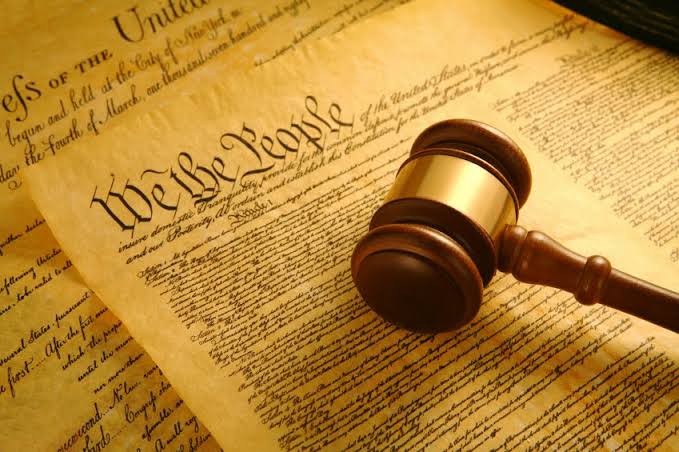 “We the People of India give to ourselves this Constitution”

Constitutionalism entails putting limitations on the organs of the state. It avoids the threat of an authoritarian regime by determining who can rule, how, and for what purposes. With the resignation of Devendra Fadnavis, the people, the Constitution has triumphed. There could be no better way to celebrate the Constitution day for Indians. But recalling what happened in the 2018 Karnataka Assembly Elections, we cannot really be sure about anything in politics.

In the backdrop of Constitution Day, this article throws light on the most egregious Constitutional Frauds perpetrated by the three organs of the state. This article presents the factual matrix of each such fraud in the past and then draws parallels with the actions of the Chief (of each organ of the state) right now.

The article starts with the constitutional fraud committed by the Indira Gandhi government (legislative) by passing unconstitutional amendment acts and then drawing parallels with the recent abrogation of Article 370 of the Constitution. Thereafter the Executive’s acts of dissolving State Assemblies without a floor test, all the way from Karnataka (Bommai, 1994)  to Maharashtra (Fadnavis, 2019). Lastly, the disloyalty of the sentinels of the Constitution is discussed, who in their exercise of interpreting the Constitution gave to themselves the power which was specifically vested with the President.

The election of Mrs. Indira Gandhi was challenged by Raj Narain on grounds of malafides. Thereafter, she was convicted for having indulged in wrongful practices and her election was declared void. In the fear of losing the Prime Ministerial position, she advised the President to declare an internal emergency per Article 352(1) of the Constitution. The 1971 war with Pakistan and the 1972 drought were the reasons given for this emergency. The 37th and 42nd Constitutional amendment acts were enacted and anyone who was considered to be a political threat to the authorities or anyone who would raise his/her political opinion freely was taken into custody without trial under Preventive Detention Laws. The amendments provide legitimacy to any ‘law’ or ‘executive action’ which violated fundamental rights during the proclamation of emergency. Further, in the exercise of the power conferred under Article 359 (1) of the Constitution the government suspended the right of the people to approach the court for the enforcement of their fundamental rights guaranteed under Article 14 (right to equality), Article 21 (right to life and personal liberty) and Article 22 (prevention against detention in certain cases).

Anyone who was considered a threat to the authorities was arrested under preventive detention laws which led to the arrest of many leaders from the opposition. These people filed habeas corpus petitions in various High Courts and in most of the cases, High Courts gave relief to the petitioners which compelled Indira Gandhi to approach the Supreme Court for this issue which became ADM Jabalpur v. Shivikant Shukla (1976). The majority held that the writ of habeas corpus is non-maintainable and no person can approach the court for the enforcement of any of writ remedies when an emergency under Article 359 of the Constitution is in operation. This case marked one of the lowest moments in the history of Indian Constitutionalism when legal positivism was at its peak and the ideals of natural law, democracy, and rule of law were brutally denigrated.

Over the years successive governments have tried to undo the detriment wreaked by the ADM Jabalpur case, with the 43rd and 44th constitutional amendments being the most significant in this regard. However, even today when in fact there is no emergency, violation of the fundamental rights and undermining of the principles forming the basic pillars of Indian Constitutionalism continue to take place and the latest incident in this regard is the situation in Kashmir post the abrogation of Article 370 of the Constitution. Over the past 3 months, the basic human rights of scores of people living there have been suspended and regrettably, the Supreme Court too seemed to have virtually taken away their Constitutional remedies to enforce these rights by treating the habeas corpus petitions in the most casual manner and justifying the negation of rule of law.

Somappa Rayappa Bommai who was known for his idealist convictions in political life was instrumental in forming the first non-Congress government in Karnataka in 1983 with Ramakrishna Hegde as the Chief Minister. The second Hegde government that returned in 1985 was accused of tapping the phones of opposition leaders due to which Ramakrishna Hegde had to resign and this paved the way for S.R. Bommai to assume the Chief Ministership of Karnataka on 13 August 1988. However, owing to the internal turmoil in the Bommai government the then Governor P. Venkatasubbaiah sent a report to the President alleging that the Bommai government had lost the support of the majority and advised the President to exercise his power under Article 356(1) and issue a proclamation to impose President’s rule in the state, with blatant disregard to Constitutional conventions. The President acceded on that very day and the Bommai government was dismissed. The Karnataka High Court dismissed Bommai’s writ petition contesting the arbitrary dismissal of his government. Alongside the other similar cases coming from Rajasthan, Meghalaya and Mizoram Bommai’s case went to the Supreme Court and on 11 March 1994, the judgment of S.R. Bommai v. Union of India (1994) was pronounced wherein the Supreme Court concluded that the power of the President to dismiss a State government is not absolute and his proclamation shall be effective only when it is approved by both the houses of the Parliament. Furthermore, it was laid that the floor of the Assembly is the only forum that should test the majority of the government of the day and not the subjective opinion of the Governor.

Fast-forwarding to the present day scenario, though S.R. Bommai continues to be the most cited precedent in cases of hung assemblies, however, there exists no clear scheme in the Constitution that lays down the procedure a Governor may follow in the post-election process. Though the convention has been to call the single largest party to form the government several governors have overlooked this convention in the past. For instance, in the March 2017 election in Goa, the Congress won 17 of the 40 seats while the BJP won only 13 seats. However, BJP was invited to form the government after a post-election coalition with other parties. Likewise, in the Manipur Assembly elections of 2017, which has the strength of 60 seats, Congress won 28 and BJP 21 yet BJP was invited to form the government on the basis of a post-poll arrangement. The Meghalaya elections in March 2018 were no exception. Here out of the total strength of 60 seats, Congress had managed 21 while the BJP had only 2 seats. Yet again, BJP was invited to form the government by the Governor on the basis of a post-poll arrangement which showed a majority. These instances show that governors appointed during the BJP government’s tenure have followed the practice of swearing in a government on the basis of the post-election coalition between parties that have a majority in the Assembly. This practice was also approved by a constitution bench in Rameshwar Prasad v. Union of India (2006) wherein it was held that Governor has no option but to invite any party or alliance, either pre-poll or post-poll, to form the government once he was satisfied that it commanded majority support in the assembly.

However, in the past two instances, the Governor of Karnataka Vajubhai Bala in May 2018 and the Governor of Maharashtra Bhagat Singh Koshyari in November 2019 seem to have defied this constitutional convention too by inviting BJP to form the government despite JD(S) in alliance with Congress in Karnataka and Shiv Sena in alliance with NCP and Congress in Maharashtra showing the majority. Both the events ended with the BJP forming the government and then stepping down from the office within three days, making a sheer mockery of the entire Constitutional procedure and the Governors acting in accordance with the diktats of the party ruling at the Centre and forgetting their Constitutional duties.0

Article 124 and Article 217 of the Constitution of India enshrine the appointment procedure for the judges of the Supreme Court and High Courts respectively. Per these provisions, the appointment of any judge of the Supreme Court and the appointment and transfer of any judge of the High Court is a duty of the President in consultation with the judiciary. The judiciary in the case of SC Advocates on Record v. UOI (1993) interpreted that consultation to be binding despite neither the Constitutional text nor the Constituent Assembly debates providing any support for this position. The legislature in its wisdom legislated the Ninety-Ninth Constitutional Amendment Act which established the National Judicial Appointment Commission which entailed a healthy balance with Judiciary having the upper hand. The members of the NJAC included the CJI as its ex-officio chairperson, two senior-most judges, the law minister, and two eminent personalities. The two eminent personalities were to be selected by the CJI, the Prime Minister, and the Leader of the Opposition. Since the eminent personalities would be selected by the CJI and the LOP on one side and PM as the head of the executive on the other side, he was de-facto bound to be very neutral. This rendered three members of the NJAC from the judiciary, two neutral eminent personalities and only one member from the executive. However, the Supreme Court could not even share the one-sixth power that it usurped from the executive and ruled the NJAC Act to be unconstitutional. Claiming judicial independence as a basic structure of the Constitution, the Supreme Court retained judicial primacy in appointment without establishing how judicial primacy promotes or secures judicial independence.

The Supreme Court is supreme, not infallible.

Constitutionalism entails a complex system of checks and balances which limits the abuse of power by any organ of the state. In the ADM Jabalpur case, the Judiciary failed to limit the abuse by the executive, while in the NJAC case judiciary itself abused its Constitutional powers. While abuse of Constitutional Conventions is not new, but to watch the CJI in tears as the executive is not appointing judges makes one pour, it cannot be denied that this is a puddle of his (the Supreme Court’s) own making. These are troubled times, we can only hope that the three organs of the State find a balance in order to take the nation forward.

Hope is a good thing, maybe the best of things, and no good thing ever dies.

View all posts by Shruti Shreya