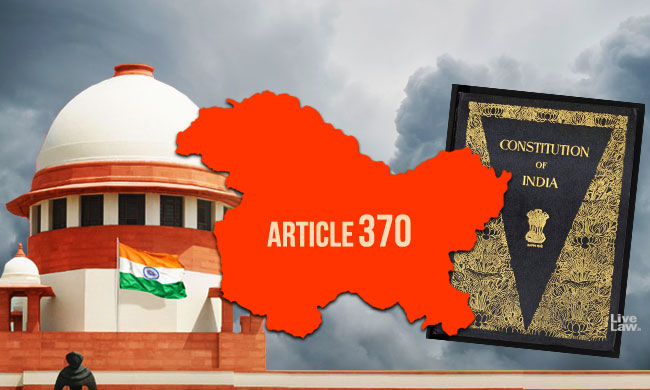 Abrogation of Article 370 and the Dissent it Kindled 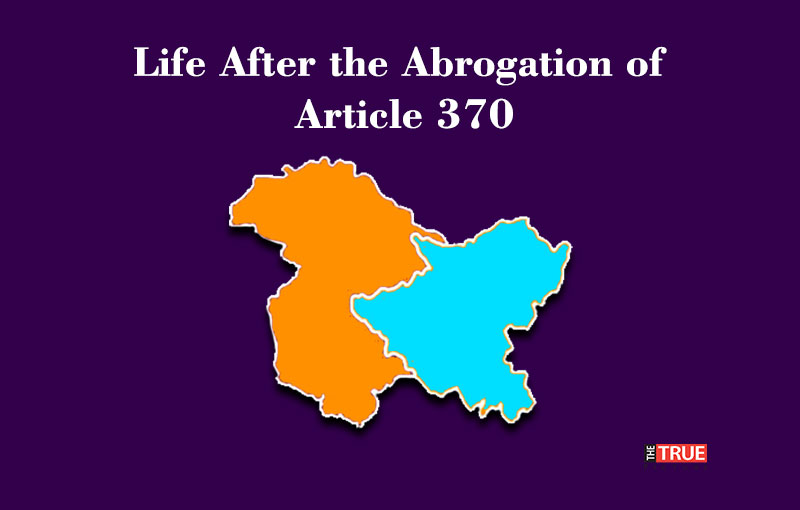 In the past one month, we saw massive protests engulfing the entire country against the Citizenship Amendment Act passed by the Parliament. Consequently, there were internet shutdowns all across the country to quell these protests. India became the country with the most internet shutdowns in the world because of this and came to be called the Internet Shutdown Capital of the World. (Source: LiveMint)  This forces us to look at the northern crown of the country, the newly formed Union Territory of Jammu and Kashmir, where the internet shutdown and information blockade will soon enter it’s fifth month as January approaches. As per the Washington Post, India’s internet shutdown in Kashmir is now the longest ever for a democracy. The government had assured that by December 31st, 2019 all the connections shall be restored in the valley, however, only BSNL services resumed on the New Year’s eve.

On August 5th 2019, after the pilgrims of the Amarnath Yatra were evacuated from the valley and the former State was brought under a virtual shut down, amidst fear and panic, the Constitution (Application to Jammu and Kashmir) Order 2019, scrapped Article 370, thus ending the special status provided to Jammu and Kashmir.  All the provisions of the Indian Constitution and all its amendments thereby came to be applied to Jammu and Kashmir. Further, the Jammu and Kashmir Reorganisation Act 2019, took away the status of a State from the region and formed two new Union Territories of Jammu and Kashmir, and Ladakh. The decision was followed by massive arrests and detentions with almost all major political leaders being arrested and a complete communication blockade with internet and telephone disconnection. This blockade continues in some regions in the Kashmir part till date (as of 31st December 2019).

Multiple questions have been raised regarding the constitutionality of the manner in which the Bills were passed with no elected representatives of the former state being present in Parliament at the time of the abrogation followed by stifling the space to dissent by an unprecedented military presence in the region and of course the blockade.  The Supreme Court is currently examining these questions. It has also reserved judgment in a number of petitions.  The purpose of this article is not to examine the constitutionality or the legality of the move but to look at the fact that the move has released certain currents that have made their presence felt widely.

Firstly, the direct stakeholders of the move, the residents of Jammu and Kashmir. The government has propagated this move as one of national integration and unity. Speeches have been made about it all across the globe. However, in a democratic nation, a question persists, where is the individual? The individual guaranteed freedom, liberty, equality, justice and many other wonderful ideals by the very Constitution that has now been applied to them. Cut off from their families, with months of no communication, where did this individual go?

What exactly is going on in the valley could not be ascertained for a while and still cannot be said with surety as Indian media cannot enter the region. The earliest information that we got from the state was through the report “Kashmir Caged” authored by prominent civil society members Jean Dreze, Kavita Krishnan, Maimoona Mollah, and Vimal. The sentiment as per the report that prevailed was that had Article 370 not been agreed to by the Kashmiri and Indian leadership, Kashmir would never have acceded to India. There were slogans against the government and the Prime Minister even by children. There is also widespread antagonism towards the Indian media for presenting a view completely counter to the actual sentiments.  The report also talks of protests erupting out but quickly being suppressed through pellet gun injuries. It has to be noted that neither the State was nor it is under any state of Emergency. But for the past three months, the Constitutional right to protest, to practice free speech, and to move freely have all been suspended. The report gives instances of children as young as eleven years of age being beaten up. There were stories of young children being picked up from their homes during midnight raids. In such a scenario, one can only woefully lament while thinking of the UN Convention on Child Rights. Similar reports have been brought by the BBC about conditions in the prisons and the fact that the people do not even know where their family members have been taken.  As per Reuters, nearly 4000 people have been detained in Kashmir by September.

However, the atmosphere in the rest of the country has majorly been of jubilance. Protests if any, have been few and limited to the academicians and activists. The Indian media largely propagated a narrative of complete peace and calm but this narrative is questioned by others, rightly so, that if there is peace and calm, then why has the blockade not yet been lifted. If as mentioned at the beginning of the article, the response of the State to the CAA protests is anything to go by, the situation is dire. In the national capital, the police brutally entered and attacked students. As information spread, solidarity marches were conducted across the country, but we have no idea what is even happening inside Kashmir and so the jubilance continues. The narrative of nationalism, so deeply ingrained in the minds of the people in the current political environment only added fuel to the fire. Article 370 abrogation has been seen as a big win for India, a step towards greater integration and the idea of one national identity. It has become a matter of pride for most Indians even as the Kashmiris living in the remaining parts of India also, the very same people who are now more “Indian” were denied hotel stays, beaten up and looked at with suspicion.  A gender dimension also makes an appearance here as insensitive jokes were made by prominent political leaders about getting “fair-skinned” Kashmiri girls to marry. Thus, any counter-narrative was dismissed by the people and one of jingoistic nationalism, and the pride of getting one up on Pakistan prevails.

The third fact that we must consider is the international reaction. There was no international condemnation as the Indian diplomats immediately handled the situation briefing the Head of the Missions and the foreign governments. A closed-door session on Kashmir was held by the UN Security Council on Chinese insistence but there was no statement issued. Again, a special meeting that was supposed to take place on Kashmir in UNSC was not convened. There were questions raised again when twenty-three members of the European Parliament (MEP), all from right-wing parties were allowed to visit Kashmir while Indian opposition leaders were denied permissions. Even as most of the MEPs seemed to regard this as India’s “internal matter”, one of them questioned why Indian MPs were not allowed in Kashmir.  German chancellor Angela Merkel expressed worries during her visit to India that the situation in Kashmir was “unsustainable”.  The US Congress held a hearing on Kashmir and the alleged Human Rights violations taking place over there. Thus though the initial reaction may have been muted, it is clear that it is not for very long that India will be able to remain unanswerable about the alleged constitutional and Human Rights violations taking place in the valley.

To quote Suhasini Haidar from a recent article in The Hindu:

……… the issue of Kashmir has been “internationalised” in a manner not seen in decades, at least since the early 1990s when violence in the State was at a peak. In 1994, when India had last come close to a resolution against it at the UN Human Rights Council, Prime Minister P.V. Narasimha Rao had sent a high powered delegation with then-Opposition leader Atal Bihari Vajpayee, J&K leader Farooq Abdullah and Congress leader Salman Khurshid to Geneva. Not only was the delegation successful in ensuring that Pakistan withdrew its resolution against India before the vote but the question of a resolution at the UN did not rear its head again, until this year.

What happens actually at the international level is something we will have to wait and watch. However, coming back to the question put forth at the beginning. Where is the individual? For most of the minds around us, they do not exist and their identity has been subsumed under territorial rhetoric. An entire group of citizens have been completely alienated as major decisions impacting all aspects of their lives were taken without taking them into confidence. Needless to say, in the current state of affairs, they can neither communicate with their families nor do they have adequate money to survive in other cities away from home.  Many Habeas Corpus petitions are lying pending in courts. Questions of rights violations are largely absent from the public discourse and dissent within the region has been systemically curbed by brute force.

At this point, one must ask the question- what is more important, the people or the land? For this is only a consolidated territorial integration, and much more needs to be done for a national integration which requires treating people as living beings and involving them in decisions about their lives and giving them their due Constitutional rights. For this, we first need to put the person, the individual back at the center of our discourse.