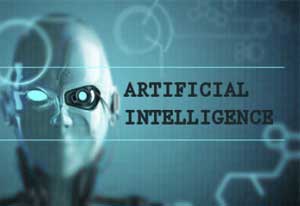 1. Indian Government policy think tank NITI Aayog (National Institution for Transforming India) has released a draft document titled ‘Responsible AI for All’ for stakeholder discussion. The draft paper which was prepared for expert consultation on July 21 has invited stakeholder comments till August 10.

2. Tens of thousands of people have gathered in Minsk, Belarus for a rally by the President’s election rival – Svetlana Tikhanovskaya, despite an escalating crackdown on the opposition, against Alexander Lukashenko who has bid for a sixth term and has exerted authoritarian control over Belarus in a style reminiscent of the Soviet era since he took office in 1994.

To read more about escalating crackdown on opposition, political activists and journalists in Belarus, Click to Read – Human Rights Watch

3. Thousands of demonstrators have gathered outside the official residence of Prime Minister Benjamin Netanyahu and thronged the streets of central Jerusalem, Israel calling for Netanyahu to resign, protesting his handling of the country’s coronavirus crisis and saying he should not remain in office while on trial for corruption charges.

4. Thousands marched in Berlin, Germany including libertarians, constitutional loyalists and anti-vaccination activists, to protest against measures imposed in Germany to stem the coronavirus pandemic, saying they violated people’s rights and freedoms.

5. In a landmark judgment, former Malaysian Prime Minister Najib Razak has been sentenced to serve 12 years in jail after a court in Kuala Lumpur found him guilty of corruption in the first of several cases linked to the alleged theft of billions of dollars from the state fund, 1MDB, thus making Najib the first Malaysian leader to be convicted for corruption.

6. A judge in San Salvador has found three police officers guilty of the January 2019 killing of Camila Díaz Córdova, a transgender woman, and sentenced each to 20 years in prison, which is a pivotal judgment for the rights of transgender Salvadorans as it is the first homicide conviction for the killing of a transgender person in the country.

7. Turkey’s Parliament has passed a law to control social media platforms, which requires social media firms with more than a million Turkish users to set up local offices and comply with requests to remove content, failing which; the companies are liable to pay face fines and have data speeds cut, a move human rights groups say poses a severe threat to freedom of expression.

8. Per a study launched by United Nations Children’s Fund (UNICEF) and international non-profit organization focused on pollution issues, Pure Earth, ‘Lead Poisoning’ is affecting children on a “massive and previously unknown scale” as 1 in 3 children – up to 800 million globally – have blood lead levels at, or above, 5 micrograms per decilitre (µg/dL), the amount at which action is required.

9. Per a report published by the UN Human Rights Office, women who forcibly returned to the Democratic People’s Republic of Korea (DPRK) are subjected to torture, ill-treatment, sexual abuse, and other violations. The study is based on 100 first-hand accounts by North Korean women who suffered individual or collective punishment while in detention between 2009 and 2019.

10. Amnesty International has newly obtained Leaked Official Letters which reveal that the Iranian government has ignored repeated pleas by senior officials responsible for managing Iran’s prisons for additional resources to control the spread of COVID-19 and treat infected prisoners.